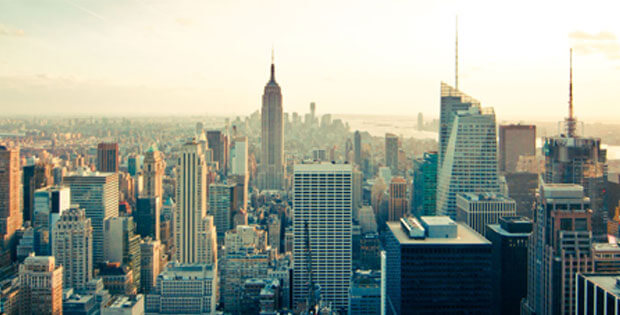 There’s almost nothing that I like better on a chilly, blustery Saturday than watching moderately bad disaster movies. The predictable plots, overly dramatic characters and kitschy lines are so far from reality that they make me smile. A few months ago, I watched an especially wonderfully bad one that involved a global warming catastrophe. The warmer oceans interrupted the jet stream and the conveyor belt of offshore currents sending the planet into another Ice Age. It followed the usual storyline of the push-me-pull-you struggle between scientists and politicians, the military trying to restore order in chaos, and families fleeing for their lives from the encroaching “arctic apocalypse.” The most interesting part for me was what occurred when these families arrived at the US-Mexico border. The Mexican government, not surprisingly, was hesitant to fling open its gates to accommodate the tidal wave of desperate humanity from the north. It seems the shoe was on the other foot.

This scenario makes for not just an intriguing philosophical discussion, but one of strategic thinking as it relates to our borderlands and immigration policies in general. In the fictional scenario, the sudden and drastic temperature shifts plunged most of the United States into a climate more like that found in today’s Siberia; not terribly hospitable. Overnight, our transportation system began to fail as northern states were overwhelmed under growing mounds of permanent snow and ice, and Southern states saw their harbors clogged with ice and were caught in gridlock without enough equipment and supplies to keep roads clear. The catastrophic domino effect of the failing transportation system preventing needed fuel oil for heat from being delivered, food not able to reach supermarkets and electrical grids overcome and commerce ground down, forced the shutdown of small businesses and large industries alike; hyperinflation followed. People realized that the few areas where food might  be grown or animals graze would never come close to being able to produce enough to feed everyone. Our population found itself desperate for survival.

In real life, these circumstances would lead to justifiable panic, and most of us would do anything necessary to keep our loved ones and ourselves alive, and the best hope would be to migrate as far south as possible as quickly as we could. Now, just how would that pan out for us at the Mexican border? Most Americans* in that situation would find it inconceivable that Mexico would try to block their entry. After all, we would just be trying to feed our children, care for our parents and loved ones; we wouldn’t be asking for much, we would just be trying to stay alive. It’s difficult, if not impossible, for most of us to imagine that rather than let us cross their border, Mexico would instead choose to build a wall and staff it with armed border guards with a license to shoot and kill us if we should attempt to gain entry. And the few fortunate ones who would be able to buy their way across might discover that they could only find menial work — perhaps picking crops, cleaning houses, or working long hours on their feet in a factory for far less than what they used to call minimum wage.

Those of us able to get in would accept the work & live where we could (remember our money lost nearly all of its value), very likely in what we would now think of as run-down neighborhoods with little or no future for our children. We would face discrimination and stereotyping and be especially vulnerable to predatory landlords, abusive employers, acts of street violence, cons and trafficking under the eye of law enforcement indifferent to our plight. And, if we had smuggled ourselves across the border and were so unfortunate as to be treated the way we currently treat illegal aliens, we would be hunted down and forcibly deported. If we eluded capture, we would still long for absent friends and family members, but very quickly forget about the relative ease and luxury that our past had afforded us, because necessity would force a preoccupation with getting through each day — having access to clean water, enough to eat, a roof over our heads and avoiding immigration officers. What would we then think of our Mexican neighbors?

If the climate shift in the scenario now provided much of Mexico with the bountiful land that the US had once enjoyed and the surplus of herds, flocks and food crops allowed Mexico to be awash in cash and trade goods from other parts of the newly-needy world, if they now found themselves living in plenty, having expendable income, able to live in the level of comfort that we now do, would we not find their behavior toward us when we found ourselves in need to be appalling? To be cruel? To be inhumane? The answers are so obvious that they make the questions rhetorical. Why, then, does the United States choose to behave in such a callous way toward our neighbors to the south, many of whom do live in desperation without consistent access to the very basics needed to exist just above the line of destitution. How do we excuse our behavior?

While growing up, I never would have believed that my nation would build walls — political, legal and physical – to intentionally keep our food, water, medical care, schools, human rights and liberties out of reach of those in great need. Our conduct is in direct contradiction to our national narrative and our ideals as a people. I am perfectly aware of the “economic burden” that most Americans think of when discussions around immigration come up. I’m also confident that most of this thinking is entirely erroneous. Unless you are a Native American, and depending upon when your ancestors arrived on our shores, it is more likely than not that the population of Americans already here looked at your antecedents with distrust and even hostility. Especially, the Irish, Jewish, Eastern Europeans, and Southern Italians were viewed with disgust by many already entrenched formerly British and Western Europeans. They, and over time the Chinese, African Americans, and growing number of Hispanics, and others were often denied certain types of employment, could only reside in particular areas, were not given equal protection under the law, and in fact, in some cases could not even be buried in the same cemetery with their “betters.” And after each new influx of peoples, the sky did not fall, our nation was not corrupted, and with these infusions of fresh insight, outlook and ingenuity, our human & fiscal economy grew and our country has thrived.

We are almost entirely a nation of immigrants, but are demonstrating extreme lack of hindsight. We are acting like greedy children who have more toys than we can play with, but don’t want to share.  I believe we are long overdue to engage in a more mature, humane and practical discussion about immigration policy, not only because it is the right thing to do for others, but because the contributions that outsiders bring are beneficial to our nation as a whole.

* I recognize that everyone in N. America is an American, but have chosen to use it here as referring to US citizens, as is common in casual conversation.