In Consideration: Choosing To Do Better 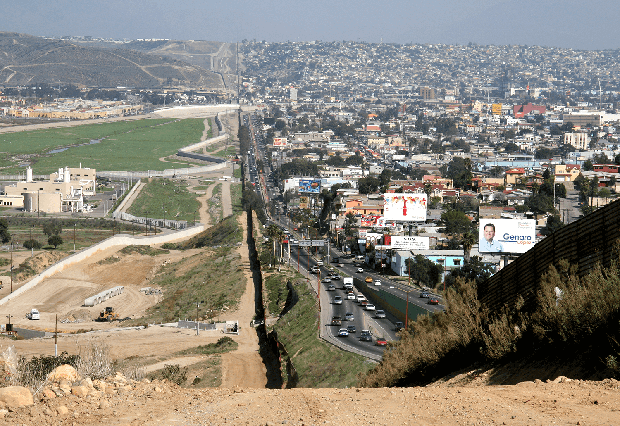 I love my country and thank my lucky stars to have been born in a time of peace to a country of wealth, both in opportunities and resources. Sadly, there has not been much peace since then, and because my chosen field includes the how’s and why’s of people/nations in conflict, I have spent plenty of time looking at and learning about how my own people behave as a way to better understand others.

My fellow Americans, (especially politicians & Statesmen) commonly refer to our country as the “guiding light” of nations — that which offers the world an example of something to which to aspire. Not surprisingly, I grew up with the idea that our nation and its “great experiment” as a democratic republic was a civic and social success; and for that reason, the U.S. held the apogee making it the height from which to measure any social progress in nations less fortunate. Of course, I knew that no country was perfect (whatever that is) but the premise seemed a solid place to start. So while working and continuing my education, I began to observe and consider changes in fragile & emerging nations in contrast with my own, in context, overtime.

And, I have never stopped. Early on, I found much to admire in the US including her domestic and foreign policy. However, as time has passed, there have been some rude awakenings. Granted, when I began I was quite young and naïve, in the sort of way that I now find charming in the graduate students that I occasionally mentor, so it’s not at all surprising that there was much that I found unsettling once the blinders came off. But even then, I could not have expected that I would still be making deeply uncomfortable discoveries about the land of my birth all these years later.

Why this matters to you, and how it is integral to the purpose I laid out the first week as this blog’s purpose, is that much of what I have come to learn about the US and her conduct on the world stage does not do justice to, or accurately represent, who we are as a people. We cannot hope to be the good global neighbor, or friend to/caring member of the human family that we imagine ourselves to be, or the honorable ally that we pose as, without asking some hard questions about our recent behavior & taking a good, long look in the mirror. As I taught our children (and use as a part of my own internal compass), when it comes to making a choice that will affect others, before acting, ask yourself “What are my intentions?” “What are my motivations?” And if the honest answer to either question makes you uneasy, the premise of the action needs reevaluating. Anyone believing this to be an honorable practice worthy of a principled people who reviews US international policies and her demeanor towards other nations over these past few decades will be given pause.

For the most part, I believe that our population has much to be proud of, has admirably weathered some difficult storms, and has even shown some improved social maturity during this period. Certainly, there is room for improvement, still we are more accepting of one another’s differences be it lifestyle, ancestry, gender or faith. And, with the assistance of social media, America has become less of an island enjoying more personal contact and interaction with the rest of the world than ever before. Unfortunately, the sociopolitical intentions and motivations of our “movers & shakers” on Wall Street and in Washington have changed, as well; but, not in a way good for us as a people or a nation, and even worse for our neighbors. For instance, although the US Agency for International Development always had “democracy building” as a part of its mission, over time, our unique version of governance and democracy has become the first and foremost driver of their funding & programming. This decision has reduced the amount and type of aid made available to any people/nation unwilling or unable to jump through very specific hoops, unnecessarily leaving many more to suffer, increasing resentment and weakening valuable relationships. By dangling assistance to those in dire straits just out of reach, we ensure that many more people in need are less honest with us and more likely to the go through the motions to gain our approval without revealing the true machinations that exist behind the scenes.

The majority of American power-brokers see our country as above the rest and play by their own set of rules. As a result, we are often absent or contrary in a way that exposes our selfish self-interest when world leaders propose changes that would serve the larger common good. For example, recently, to the obvious frustration of our allies, our Senate approved an amendment that would prohibit the U.S. from signing the United Nations Arms Trade Treaty, which was created to help keep weapons out of the hands of drug dealers and organized crime. The only other nations voting against it along with us were North Korea, Iran, and Syria. Similarly, our government commonly ignores offers to participate in environmental protection/improvement efforts alongside international colleagues, such as the Kyoto Protocol, which was flawed, but rather than offer something in the way of constructive participation the US chose to opt out. We keep hefty tariffs on products exported by poor nations that could greatly benefit if the duties were more reasonable. We refuse to give the advantages of “preferred nations” status to some countries supposedly because of their human rights record, while accepting other nations with worse human rights records without explanation.

We allowed sensible banking/lending regulations to expire or be dismantled causing economic hardship within our borders that hit smaller, more vulnerable economies much harder. While many of us lost our jobs or our retirement, overseas our negligence led to the economic crippling of governments in already fragile nations reducing their ability to provide even the most basic of services -people went hungry. We have ignored genocide in places such as Rwanda, and stood/stand by during the decimation of innocents by despots like President Ceaușescu of Romania & President Omar al-Bashir of Sudan. While in other places/at other times, and with no better reason, we have occupied sovereign nations disregarding established international mandates, then exert pressure on our allies if/when they object.

It surprises most Americans to learn that US Ambassadors’ (our most senior diplomats abroad) central responsibility is to advance the interests of the United States, not act as a facilitator, a builder of bridges, a link between peoples. This is a long way from the heart and soul of what diplomacy was/is meant to be, and this self-centered, self-important shift has dramatically limited our ability to forge and maintain healthy relationships with other industrialized countries or the “emerging world.” We have ceased being partners and in all too many instances, have moved squarely into being geopolitical bullies. This unconscionable conduct, especially when in contact with acutely patriarchic cultures, such as those found in former Soviet States, Central Asia and the Middle East, feels emasculating and induces shame and rage… these emotional responses are dangerous, and are known ingredients of radicalization & extremism. This is not something we wish to continue to provoke.

Over time, we have allowed our treatment of others on the global landscape slip far from the straight and narrow, largely due to the greed and ambitions of a few small groups. We have let go of the reins, fallen asleep at the switch. We are better than this. We can do better. With the advent of technology, we have unprecedented access to what decision-makers are up to, and the ease with which we can communicate with them & each other, allows us the chance to ensure that our government and the large corporations representing us, act in ways that are consistent with our values when it comes to the treatment of others, our environment, and our relationships with the rest of the world’s people.

Most of us believe that the rest of the world has every reason to love us. It pains me to admit that this is not so; and there is no excuse for our less than kosher behavior on the world stage. This is not a dictatorship where we have no say in how we are governed, nor have any control over our nation’s conduct at home & abroad. Rather, we have sanctioned our leaders by voting them into power. Democracy is a participatory form of government; if we wish the world to see us as intelligent, willing to be involved, and embracing of progressive ideas regarding the health and well-being of our little world, we must accept that the reality that the opposite message is playing loudly & we need to step up and take policy-makers to task. This can be fixed. The alternative is to accept greater animosity, more debt, and more war. This generation is the first in the US to be worse off than their parents in living memory. And, it is the first time in history that our nation has slipped so dramatically from its principled and respected image. The people responsible for these regrettable changes can be found in the mirror. Our nation could use some friends right now; it is time to rebuild these partnerships & help those leaders who we have entrusted with our future to change course.