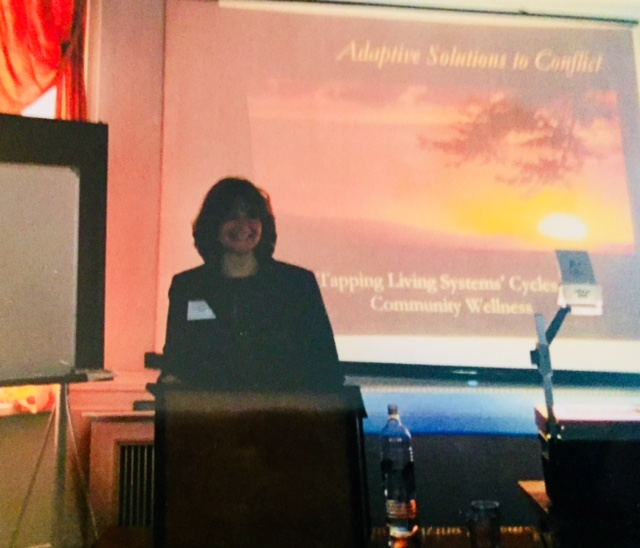 Welcome! I’m delighted and honored to be here with you. Thank you for joining us today. We have an inspiring and fascinating program ahead.

But before we get started, I would like to share a few thoughts with you. We humans tend to see ourselves as being made up of flesh and blood, bones and sinew, a drape of clothing, a hank of hair, buffeted by conditions out of our control.

We think one another to be ordinary specks in the masses; then comes a Gandhi or an Emerson, a Mandela, an Einstein or a Buddha on the scene, and the world is in awe, believing that they cannot possibly be made up of the same stuff that you and I are.

This is a misunderstanding, for in reality the words and deeds of those whom we admire and venerate mean nothing if we cannot understand them. And we could not grasp their meaning unless we were already equipped to see the truths they teach and make them our own.

We are much more than we think - Facets of the same radiant gem.  But, this isn’t always readily apparent.

Case in point…In May 2017, the Wall Street Journal published an op-ed piece co-authored by US National Security Adviser Lt. Gen McMasters. One sentence stood out:

It read: “the world is not a global community, but an arena for nations, non-governmental actors and businesses to engage and compete for advantage.”

Fortunately, just because someone in a position of power says something doesn’t make it true.

Look around you at the people in this room. What do you see? I see strength, beauty, resilience, kindness. I see humanity.

Each of us has a story that started us on the journey that led us to be here today.

I would like to share mine with you. Thirty years ago, I was invited to assist  indigenous peoples who had hazardous-waste and old munitions contaminating their land. I was humbled by the prospect. Then on the way home, I saw a bumper sticker that read “If the followers will lead, the leaders will follow.” So, I did the work.

And later went on to serve in the field of conflict and stabilization for fragile states  around the world with the UN, governments, militaries, donor agencies and a whole alphabet soup of humanitarian organizations.

We learned a great deal from each other, and I believe that we achieved some good. But what has left an indelible mark on me is the time that I’ve spent outside of those halls, on the other side of the window glass.

There, every day people, often living in the direst and most dangerous of environments without a functioning government, only intermittent access to food, clean water or fuel, continually under threat, set up their market stalls, planted the crops, cared for the children, tended the animals, carried the wood.

Despite working long hours each day in desperate circumstances, they found ways to work together to help themselves, their neighbors, and most remarkably, strangers.

In big ways and small, they chip away at some of the world’s most insurmountable, intractable problems. They share what they know & what little they have with others, displaced by war, by power-brokers, by social upheaval & even foreigners from abroad trying, often ineptly, to help.

Their tenacity, generosity, creativity and hospitality is unmatched.

They and their diasporas are the most valuable of teachers. Like you, they light each other’s candles, banishing the darkness, lacing the world together in light.

This is the nature of global community. The WSJ can quote me on that.

I’d like to close by paraphrasing Dr. Ernest Holmes from 1931.

Find the world to be good. See every man or woman as an evolving soul. Let your mind be tempered with that human wisdom which rejects the lies that separate us, and become endowed with a power, a peace, and a poise able to unite us into wholeness.