We Make War on Each Other 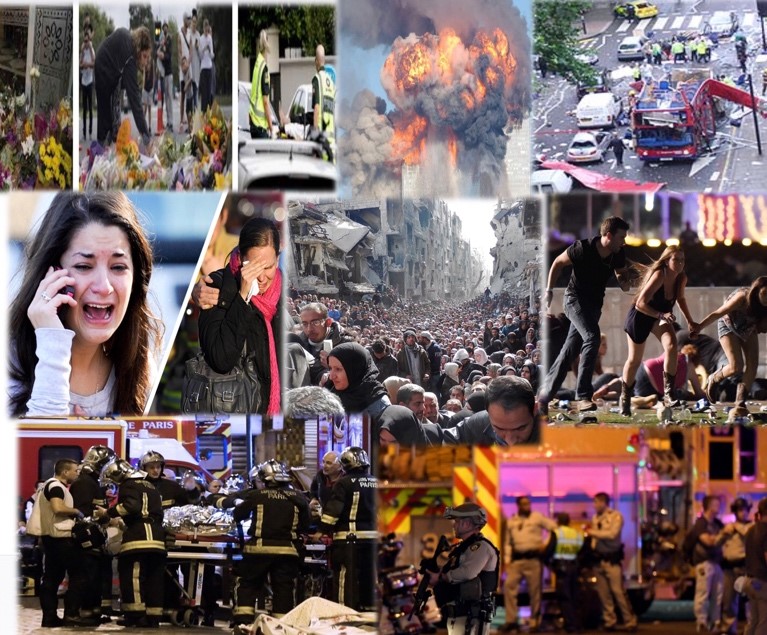 We make war on each other.

We separate, denigrate, bully, maim and kill. We destroy families cripple communities, bring down planes and buildings filled with people, shoot up classrooms and desecrate houses of worship with violence.

We do this because we are ignorant. We are angry. We are terrified.

We have been lied to, told that we are vulnerable, that we are left behind, that we are under siege; that the threat comes from those who fly the wrong colors, look different, have alien religions, ideologies, heritage or traditions.

That they must be blocked out, locked down, punished, eliminated.

We have been told that we have the right.

We have become intolerant and small minded, the better angels of our nature subsumed by fear.

We hurt them because we can.

We have intentionally been mislead. Our fears manufactured for gain, pulling the strings of elected office, spinning the news cycle, empowering and fattening the pockets of the unscrupulous and the ruthless.

The effects impoverish dignity, gut respect and spark the extremism that they claim to quell.

To do so, we cannot depend upon those in positions of power to take back the lies that benefit them.

And so, we are left to look within.  Where is our humanity? Who have we become? Do our words and actions align with our innermost values?

Ultimately, it is not those in seats of government or high commerce who control what and who we are, whether or not we hate or kill.

WE decide if there has been enough viciousness, cruelty, carnage; and we decide, as the human family that we are, when it is time to turn away from the distortion, fabrication, clamor and invented chaos and begin to consider others as mere mortals like ourselves; open our hearts and minds, restore our decency and honor through word and action and begin healing, for everyone’s sake.

In honor of those who lost their lives today in Christchurch, and all innocents similarly taken.